Ladak Alfalfa was originally introduced to the U.S. from northern India in 1910. It yields exceptionally well in the early part of the season. It is very winter hardy in areas of adaptation in northern New Mexico and Colorado. The variety Ladak is know as one of the most drought tolerant varieties of Alfalfa, and is commonly used in dryland rangeland plantings. Alfalfa is well adapted to deep, well-drained, loamy soils with a high moisture holding capacity. Avoid deep, sandy soils or soils with poor internal drainage. A properly prepared seedbed is firm, moist, fine and granular, but not powdery. A fine granular soil is ideal for proper seed coverage. A powdery seedbed is apt to form a hard crust after a rain. This condition is detrimental to germinating seedlings, because they often cannot exert enough force to break through the hard crust. Late summer to early fall seedlings is preferable in the Southwest. The only notable exception is in the mountains of the upper southwest where spring seeding may be preferable. When alfalfa is seeded in pure strands, most agronomists agree that 220-275 plants per sq. m (20-25 plants per sq. ft.) are needed for maximum yields during the first harvest. 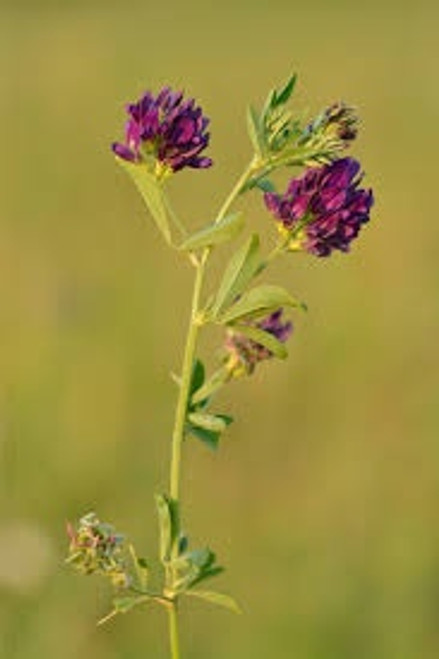