Krascheninnikovia lanata Winterfat occurs from Canada throughout the western United Sates, including western Texas to northern Mexico. This valuable shrub grows in many places ranging from sea level to high mountains. It will grow in a wide variety of soils, from alkaline to near neutral calcareous , that range from clays to sandy and rocky loams and rocky outcrops. It is quite drought tolerant and dominates extensive ranges. This bushy branched semi-shrub is often used for ornamental landscaping, reclamation, as a wildlife attractant or a food source for cattle. Growing Height: 12-36" Min Yearly Rainfall: 5" Seeds Per Pound: 56,700 Acre Rate: 16 lbs Lbs per 1000 sq feet: 1 lbs Growth Region: Northwest (not including Western Washington and Western Oregon, West (not including Northern California), Southwest (Not including Central and Eastern Texas), Eastern North Dakota, Eastern South Dakota 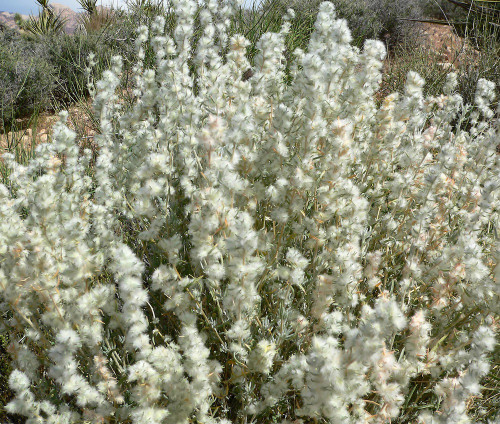