Vigna unguiculata Description Cowpea is one of the most ancient crops known to man. It's origin is in the semi-arid tropics, so it is a drought-tolerant and warm-weather crop. As a legume, it fixes nitrogen from the air, which can then be incorporated into the soil as green manure. It thrives in poor and sandy soils and is more drought tolerant than most other beans (soybeans and green beans). Black Eyed Cowpea is a bush type, still used in the South as a food crop in traditional intercropping systems. We include this type here because of it's soil building capabilities. Cowpea will improve the soil structure and fertility, and can also be used as a cover crop. Plant later in Spring when the danger of frost has passed, either in rows (at 20 or 30 inch centers) or broadcast. Growing Height: 30" Min Yearly Rainfall: 38" Seeds Per Pound: 3000 Acre Rate: 40 lbs 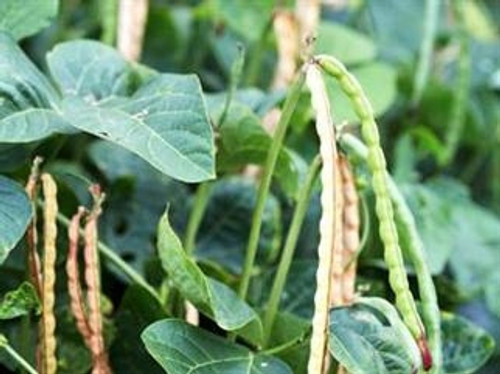